Dr Gauguin Gamboa has special interest in treating Orthopaedic conditions of the hip and knee and has been in private practice dealing mostly with these conditions, offering the full spectrum of care including arthroscopy, osteotomy, replacement, and revision.

He holds both a Bachelor of Science degree in Biology and a Doctor of Medicine degree. He initially graduated from Orthopaedic training from the Philippine General Hospital with top honours, having been awarded the “Chairman’s Cup” in 2004, a distinction awarded to the trainee who has exhibited the most exemplary performance in service, training, and research. He had also been awarded as the country’s top Orthopaedic trainee in his last two years of training. By his graduation, he had won all of the last three consecutive National Research Forums as well as the last three intra-hospital Orthopaedic research forums. In 2003, he was awarded by the National Institute of Health as one of the most outstanding researchers in the field of Medicine – encompassing the various subspecialties.

In 2005, he successfully passed his Fellowship examinations as the national gold medalist and board top-notcher. He then went on to be the Philippine representative to the ASEAN Junior Traveling Fellowship. From 2005 to 2006, he trained under Dr David Morgan as the latter’s Fellow in Bone and Cartilage Transplantation and Joint Revision Surgery. He then spent three years working as an Orthopaedic surgeon in Toowoomba until he successfully took the Australian Fellowship Examinations in 2009. 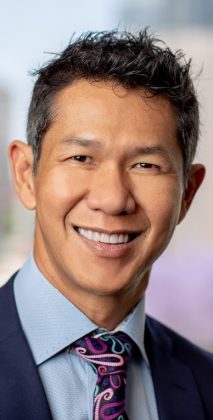