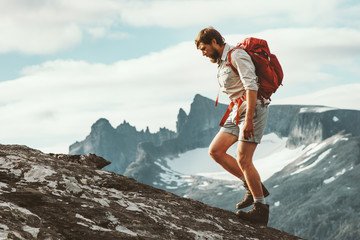 Welcome back to the BSEMS Blog. A lot has been going on since the last update. Most concerningly, a dear friend to our practice Mr Dominic Kennedy has been severely injured in a cycling accident. We know Dom as a fighter, and all of our hopes and prayers are with him, and his supportive wife, Michelle and their 4 kids.

I have recently completed a goal of mine, to climb Mount Kiliminjaro, at 5895m, the highest mountain in Africa. This is a similar goal to people all over the world, and many thousands achieve the summit each year. However I am honest in saying it was bloody tough, and the mountain does claim a number of victims each year. Altitude and acute mountain sickness is no respecter of fitness, and many people fitter than I were unable to summit. I have included some information about altitude illness to this blog.

The primary physiologic insult in ascent to high altitude is hypoxia. Acclimatization describes the adaptive processes that ↑ the availability of O2 to tissues in a low O2 environment.

With ascent to altitude:

It is suggested that hypoxia results in cerebral vasodilation → increased intracranial pressure → cerebral oedema → sympathetic discharge which in turn induces pulmonary vasoconstriction and increased capillary permeability → pulmonary oedema as well as anti-natriuresis effects which in turn lead to fluid retention and can worsen oedema.

Altitude illness spans a spectrum of disease with acute mountain sickness (AMS) representing the most common and least serious form. Cerebral oedema is the most ominous of the other illnesses, but pulmonary oedema is responsible for the highest number of deaths.

Of un-acclimatized people reaching these levels, approximately 25% will develop AMS. A much greater percentage will develop symptoms of altitude illness such as headache.

At 4000 metres as many as 54% of un-acclimatized people will develop AMS.

AMS can be triggered by rapid ascent to >2400m, and also exacerbated by alcohol consumption, sedative use, tobacco smoking and extreme exertion.

These symptoms typically develop within 8-24 hours of ascent and in most individuals resolve without specific treatment over 24-72 hours.

Once symptoms develop, the individual should cease ascent and wait for acclimatization (usually 24-48 hours).

Occasionally a brief descent of 500-1000m is necessary to allow resolution of symptoms.

Acetazolamide is a carbonic anhydrase inhibitor which stimulates ventilation and improves arterial oxygenation. The dose is suggested at 125-250mg once to twice daily.

Dexamethasone 4mg q6h for 6 doses is also of benefit at altitudes >2700m but not less than this.

Ascent should be gradual and limited to gain 600m per day at altitudes >2500m.

An additional day should be allowed for each elevation gain of 600m.

The athlete should begin a high carbohydrate diet (70%) 24 hours before ascent and begin with moderate but consistent exertion.

This typically develops in climbers >3000m usually within 2-4 days of ascent and has a mortality as high as 44%.

There is characteristically pulmonary hypertension with normal cardiac function.

There is severe dyspnoea and a productive cough.

There will be pulmonary crackles on examination, tachycardia and cyanosis.

Descent is the most effective treatment.

Portable O2 either by mask or in a hyperbaric chamber will give relief during descent.

This is typically delayed 1-3 days after ascent.

Descent should be initiated immediately.

Supplemental O2 is given by mask or in a portable hyperbaric chamber.

These are a common finding at elevations >14000 feet.

They are usually asymptomatic but can cause visual changes, floaters or scotomata.

They usually resolve without specific treatment in 7-14 days, and rarely have any sequelae.

Living and training at high altitude has proven to benefit subsequent performance at sea level, but that edge over the competition is quickly lost over the course of 2 to 3 weeks.

Newer techniques include normobaric hypoxia (e.g. hypoxic apartments) where inspired O2 is around 15%; hyperoxic altitude training where O2 levels are normalized or increased whilst training at altitude; hypoxic sleeping devices; and intermittent hypoxic exposure (e.g. inspired O2 of 10% for 60+ minutes twice daily at rest or whilst training). Evidence for many of these techniques is lacking or inconclusive.

Altitude acclimation is essential to allow the body time to adapt and recover from the strain of lower oxygenation on the cardiopulmonary system. These effects are acquired and transient in most individuals. Only athletes born and raised at higher altitudes appear to retain any long-term benefits of such altitude exposure.

There is an immediate ↓ in erythropoietin levels but elevated Hb and RCC persist for 1-2 months, at which time there can be a reactive anaemia which is detrimental to performance. Endurance athletes have a blunted HVR (hypoxic ventilatory response) which is advantageous as it ↓s the work done by the respiratory muscles and the O2 requirement of them.