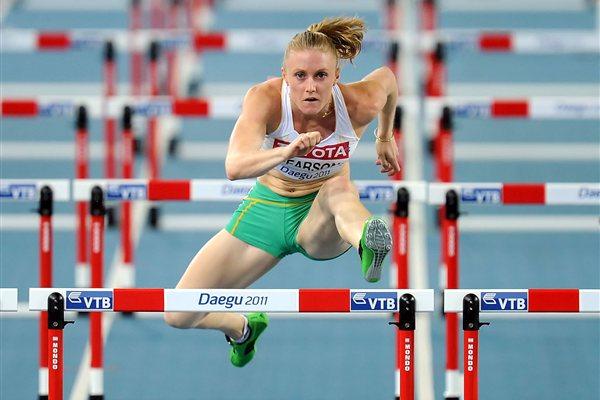 Well here we are in Spring, with the days getting longer and the urge to get out and exercise upon us once again. Overuse injuries can often be prevented with careful preparation and a graded increase in an exercise programme, but some injuries are quite unfair, come out of the blue, and keep you out for a long period. ACL ruptures are one of those, and the blog this month covers this (often) devastating injury. The staff at BSEMS (unfortunately) are experts in the diagnosis and coordinated management of this injury, so for this or any other problematic issue stopping you form doing what you want come and see us.

Prevention: Grounds which have a predominance of Bermuda grass (as opposed to Rye grass) and which have thicker thatch have an increased incidence of ACL rupture. There is no relationship to the hardness of the grounds or moisture content. Theory is that ↑ traction (thicker thatch) results in ↑ rotational force through the knee.

There is a theory that knees can be trained to land, with coordinated hamstring contraction being protective of the ACL- this may be particularly important in females who have a much higher incidence of non-contact ACL rupture.

The ACL is attached anteriorly to front of tibial plateau and ascends postero-laterally to the posterolateral aspect of the intercondylar notch. Acts to prevent forward movement of the tibia in relation to the femur, and control rotational movement. It provides 86% of the restraint to anterior tibial translation.

Landing from a jump, pivoting or sudden deceleration. May describe ‘crack’ or ‘pop’ and usually extreme pain. Usually have tense swelling within a few hours of the injury (occasionally no swelling). Can have associated meniscal tears.

Most ACL injuries are non-contact. The mechanism of an acute ACL tear is a result of forces similar to a pivot shift test: rotation and varus stress stretches the ACL until it fails, the posterior lateral femoral condyle ‘slips’ posteriorly off the tibia, resulting in bony oedema of the lateral femoral condyle, damage to the lateral meniscus, and the avulsion # of the attachment of the inferior lateral meniscus (Segond #) which is pathognomonic of an ACL tear. Chronic laxity may result in O’ Donoghues unhappy triad of ACL, MCL and medial meniscal tears.

Involves reconstruction of the ligament- can use patellar tendon, ITB, and hamstrings tendon grafts. There is little evidence in the long term that one type of graft (patellar vs. hamstring) is better than another.

Re-rupture rate is similar in each approach, around 10%.

Synthetic ligaments have high failure incidence. It is preferable for the injured knee to have little or no swelling, a full ROM and normal gait preoperatively, like to strengthen hamstrings, quads, hip extensors/abductors and calf- prehabilitation.

Aim for return to sport in 4-9 months. Have 4-phase rehab period over this time period. One functional test is the “Heiden hop”- patient jumps as far as possible using the uninjured leg, and lands on the injured leg. If have good function land still, if functional disability take another small hop.

In a series of 180 patients followed for 10 years after ACL reconstruction, 11% of patients ruptured their graft. Contralateral ACL rupture occurred in 16%, and young males were a particularly high risk group for reinjury (46% sustained either a graft rupture or contralateral injury). There was no difference in rupture rate between hamstring or patellar tendon grafts. The period of highest risk for graft rupture was between 12 and 26 months from surgery (42% of graft ruptures occurred during this time).

Hamstring graft regeneration: Tendons tend to regenerate to within 2cm of the origin within 3 months of the operation. This tendon matures over time from proximal to distal to develop normal tendon biomechanics and histology. Initially there is associated muscle belly atrophy.

Usually will still need an arthroscopy to determine articular cartilage damage. Rehab is similar to post-op rehab and may progress slower or more quickly depending on the injury. Braces may be of help. May be unable to do sports specific and change of direction activity.

This may follow an acute injury from which the knee has not fully recovered. There is usually giving way with pivoting and twisting movements, and may be a persistent or recurrent perfusion. There may also be locking and clunking, with associated meniscal injuries. Lachman’s and pivot shifts may be positive. Generally conservative management is unsuccessful and operative intervention is necessary.

Double bundle ACL reconstruction attempt to recreate the both anteromedial and posterolateral bundles of the ACL to improved rotational control.

A newer generation of synthetic graft (LARS) is currently available. The idea of ACL tissue ingrowth associated with a new surgical technical philosophy is argued by the proponents of this product. Long term outcomes are not known.